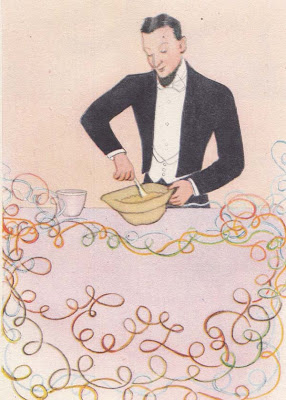 My correspondence with Maree has really helped me to consolidate where I am with this project. Feedback number 4 said:
You'll need to spend +++ on an accountant familiar w franchising;
Issues that spring to mind:
*Storage of ingreds (I paid $+++ on my business insurance policy) for same (and that was human-grade pet food);
*Storage of prep'd food;
* Transport of food (will need refrigerated vans or insurance will not cover you)
* Just realised that, while I can cook from home for human-grade pet food, I (we) need a commercial kitchen(s) for cooking for humans.
Just stuff for you to think about. And it's stuff I've been through.
Am no way trying to discourage you but you need to think about.
Add the (NSW) Central Coast to my area :)
M xo

This makes me so hungry to have things starting! I can't organise on my own but I need to get things moving at the level where resources and support start building.

To respond to Maree's comments, I explain that I am not able to start off the cafes myself. (I bought a tattslotto ticket last week, but unfortunately missed out on the $6 million. Such a pity! Again!).
The cafe will be set up a little like a family kitchen, and a bit like a restaurant. A cold room and other storage is important. Organising how to bring the food in will vary from place to place, and so will getting the food out. Perhaps there might be home delivery as well as eat in and take away!
Certainly health and food safety regulations will be followed conscientiously!

After two years of blogging about my idea I am more confident of how I can communicate it, more solid in the structure I have for it and really grateful of the support shown to me by so many of you out there!

In my last post I mentioned looking at completely revamping my website. Right now, the energy I would need to put into that is being rechanneled. I will update the current website and get my presentations ready. And I will do the big revamp as soon as possible.
My objective now is to get to the movers and shakers (she says confidently! Yes! I can do it!) and convince them that the time for YamDaisy cafes is now.


Look at this news item from the Australian Broadcasting Corporation! Professor Olver says the results show obesity is more prevalent in areas of low socioeconomic status.
"I think governments have to adopt a very broad approach to this," he said.
"At one end of the scale there is making sure that good food is both available and affordable; at the other end of the scale it's perhaps restricting advertising to children of junk food that will be harmful to them."
Dr Roberts says parents also need to take responsibility.
"This study showed that the majority of students have at least three television sets in their homes and almost half of them have a TV in their bedroom," she said.
"There's really recent research that shows that if you've got a TV in a bedroom it's associated with a risk of [being] overweight, particularly amongst males."
Teaching young people good habits at school is recommended by both organisations.
Patrick O'Reilly is the principal of Southern Cross Vocational College in Sydney, where they have incorporated the preparation of healthy meals for the students into their hospitality course.
"In our canteen we offer a cafe service before school and a canteen service in our two break times," he said.
"It really was about looking at the ingredients that have gone into the food preparation as well as sourcing good nutritional food and drink."
He says it is an option other schools should look at seriously.
Posted by Unknown at 7:55 PM